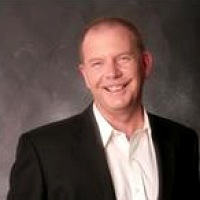 Sometimes the most successful business ideas are surprisingly simple.

Their successful and growing business has given them the freedom to be their own boss, express their creativity and provide the public with fascinating, easy to digest scientific information. The material is engaging, easy to read and scientifically sound.

Simon and Paul have science backgrounds and were talented writers, having produced almost 20 science and technology books together for children and adults. In 2015 they started Scientell.

They have managed media for scientific conferences, developed science activities for schools and science centres, facilitated workshops and trained researchers in presentation and media skills.

“Our technical and scientific background, connections and extensive experience at CSIRO give us the background we need to ensure research has more impact,” Simon says.

The business recently produced a 32-page tech report and eight-page brochure for the Victorian Coastal Council describing the likely impacts of climate change. It also summarised the latest Antarctic science for a WWF tourist app.

In 2017, Australia’s Chief Scientist, Alan Finkel, launched their book, Securing Australia’s Future, based on a series of reports written for a $10 million Australian Council of Learned Academies project.

A niche business, Scientell already has a solid reputation. But Paul and Simon wanted to ensure they covered all bases needed to succeed.

Paul and Simon had four sessions with Bill over two months. They discussed the commercial aspects of a consulting practice, the need to consider project costs rather than an hourly rate and developing the business via networking and industry associations.

The mentoring helped Paul and Simon to be even more diligent about their financial data, such as sales throughout the year, to ensure the business remains viable. Bill says it also helped them better understand their business, which has enormous potential.

“Theirs is a market that’s just being developed,” Bill says. “People are looking to outsource that type of work. The big potential growth is in the non-government sector and the international market.” Already, Scientell’s business development work in new sectors has led to new projects. Simon and Paul are delighted with Bill’s ideas and advice and his positive, encouraging outlook.

“Our mentor has helped us clarify and expand our business development approach and given us helpful ideas about how we can attract clients in new areas,” Paul says.